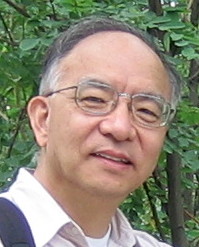 Short bio:
Jiawei Han, Professor of Computer Science, University of Illinois at Urbana-Champaign. He has been researching into data mining, information network analysis, database systems, and datawarehousing, with over 500 journal and conference publications. He has chaired or served on many program committees of international conferences, including PC co-chair for KDD, SDM, and ICDM conferences, and Americas Coordinator for VLDB conferences. He is currently the founding Editor-In-Chief of ACM Transactions on Knowledge Discovery from Data and as the Director of Information Network Academic Research Center supported by U.S. Army Research Lab. He is a Fellow of ACM and IEEE, and received 2004 ACM SIGKDD Innovations Award, 2005 IEEE Computer Society Technical Achievement Award, and 2009 IEEE W. Wallace McDowell Award.  His book "Data Mining: Concepts and Techniques" has been used as a textbook worldwide.